Go Directly To Rewards
Welcome to the PledgeManager for Nemo’s War: Journey’s End Expansion & Ultimate Edition!
If you missed our campaign, don't dismay! Just choose an option below.

Tabletop Tycoon will donate a game to Toys for Tots for each game sold through this campaign. To date, we’ve raised enough as a company to donate over 60,000 games to kids. This campaign will help give even more!

The Newest Expansion to Nemo's War is Here!

Brave the hazards of the seas, combat vessels around the globe, incite uprisings, chronicle amazing wonders, find mysterious treasures -- your quest knows no bounds in this Ultimate Edition. Combining all expansion content, including the Journey’s End Expansion, both new and returning players will be able to experience everything Nemo’s War has to offer. Play solitaire, cooperatively, or competitively; the choice is yours!

Each turn, you must address the seas’ challenges in a grand adventure, confront the growing pressure of the Imperialist powers’ navies, undertake Actions with the Nautilus and her crew – all while maintaining Captain Nemo’s spirit to continue.  The Turn Sequence is as follows:

Begin each turn in the Event Phase by flipping an event, Test, or other card from the Adventure Deck. Favorably resolving Tests, and using resources to manipulate your die rolls in this pursuit, will be critical to securing a victory no matter what your motive is.

Next is the Placement Phase, where you roll the dice for this round’s Oceans for Ship token placement based on the game’s current Act and your Notoriety. Strategic choices about where to place your ships, what we call “painting the board,” will be crucial to your plans! Which Oceans to populate (and, through combat, denude) is the vital strategic chess game you are playing with the Imperialist powers who oppose you.

Now it’s time to act! During the Action Phase, you spend your Action Points to Move, Attack, Search for Treasure, Incite Uprisings, and more, all to advance Nemo’s goals.

Always remember: you are questing for the greatest number of Victory Points (VPs) that you can acquire, as modified by Captain Nemo’s Motive, while avoiding the many ways to suffer defeat. BVPs are earned in several ways (e.g., sinking enemy ships, passing TEST Events, collecting Treasures, inciting oppressed peoples, making scientific discoveries, etc), so choose your actions wisely each turn, and beware:

Your mission ends in Defeat if your adventures gain too much notoriety, as you become an international Pariah to be hunted down mercilessly.

Repeat these Phases until the game ends with your early defeat or you reveal the Finalé card that ultimately instructs you: “The game ends!”

When all is said and done, read the epilogue to your voyage in the Between Voyages Guide. Your level of victory and motive will change the story of your Journey’s End.

Here's a Preview and How to Play video for The Ultimate Edition from the Game Boy Geek:

You can also check out this How to Play from Meeple University with designer & developer Alan Emrich! This video uses an older edition of the game, but it does an excellent job of showing the gameplay.

We are only shipping to the following countries, due to shipping uncertainties and restrictions: 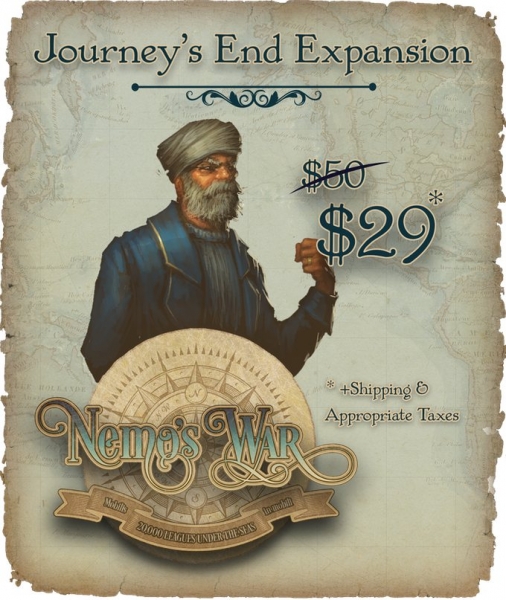 Only ships to the United States, Canada, Australia, New Zealand, most of Europe, and some countries in Asia. 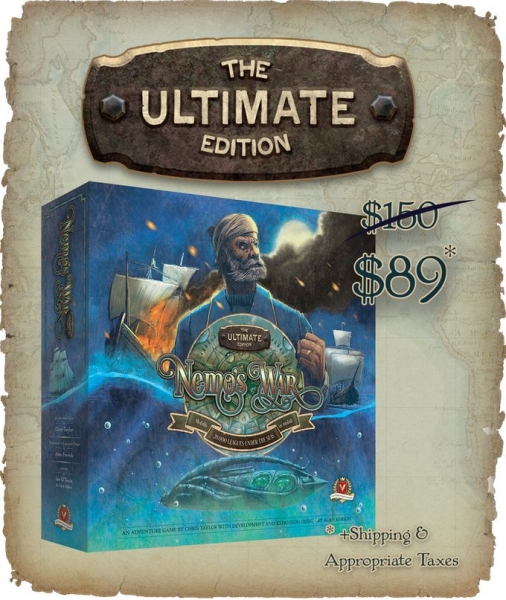 Only ships to the United States, Canada, Australia, New Zealand, most of Europe, and some countries in Asia.

One last step to go!

Share your email, we will send you an invite!

If you're already have a PledgeManager account from another project, just sign in using the button below to join the project.

Complete your information below and we will send you an email to get started!